The 2018 GE is touted as the mother of all elections, but are we believing that this is going to be a do or die political battle between BN and PH? I really doubt this would happen. In fact more and more signs are pointing to the onslaught of the opposition due to them taking the voters for a ride with their shameless lies, inconsistency and hypocrisy. For me, GE14 is not just about political battle between BN and PH. It is more about time for karma to punish the arrogant, hypocrite politicians from the opposition for all the stupid deeds they have shoveled to our political scene.

I hope the onslaught will happen and here are my 10 wish list for the aftermath of this upcoming GE14 result.

1. Pakatan Harapan regrets for letting an insane, power obsessed old man to hijack the entire coalition for his personal vendetta.

It seems like this entire GE14 is all about Mahathir vs his vendetta.  DAP and PH just sit and watch this grumpy old man calling shot and taking the entire PH as a tool for his own personal agenda. Everyday we listen to him making ridiculous comments, hauling racist remarks and making statements which will alienate certain segments of Malaysia population from PH. Most of his actions are creating more damage than good for PH. Yet everyone just sit there and do nothing. I wish the onslaught of PH will give the entire PH leadership a lesson. Never sell your soul to an evil old man with a vengeance. Worse is to sell your soul to a devil you once knew.

2. Mahathir to be buried for good

Mahathir is already a pariah among UMNO and the fence sitter Malays. The Chinese, Indian and the Malay on the Pakatan side bitterly pretend that they are fine with him and giving all sorts of lame excuses on why Mahathir needs to be loved. With the onslaught of PH, all the fake love for him will diminish overnight. He will again become a pariah and probably a worse pariah  among the opposition pack as they will put the blame on him and he will be of no more use to them anymore. With the whole world loathing him, we hope he can finally accept the fact that his time in politic is over. Better spare what every face left and retire for good.

Lim Kit Siang is the mastermind behind the PH adopting Mahathir as their top dog. Right now he is like PH untouchable naked emperor. Everybody just watch his dangling ugly fruit but no one dare to tell the truth. May be it is the time they are brave enough to tell the emperor to finally put on his cloth. Anyway, it is not like a 77 year naked old man any pretty sight to see.

4. DAP onslaught of MCA in Johor

Dap seems to have a lot of confident. They believe the Chinese will vote them come hell or high water. Instead of banking on their safe seats, they move their generals (who are not align to the Lims) to pit on MCA strongholds. It is like sending them for a suicide mission. Many of their generals reluctantly accepted the challenge because the consequence of challenging the Emperor is worse. But I wish they will lose and then blame the Emperor selfish attempt of using them as pawn for his deadly game. I also hope that this will trigger an internal revolt and finally tells the emperor and his son not to treat DAP like their family party.

He is the most arrogant and yet incompetent politician ever exist in this country. The arrogance of Lim Guan Eng and the manner he is behaving is indeed mind boggling. He literally runs down everything and everyone that goes against him including his own people. He basically makes everybody his enemy unless they are prepare kowtow to him and worship him like a tokong (figuratively). He lives by the false propaganda created by his machinery to give him the “godly” status. In reality, statistics and past events have proven how lame he is and how much he has failed to live by what ever CAT or MOUSE he tried to preach. Even the acts of God like the big flood and the deadly landslide are quickly forgotten and they are quick to go back to worship their false “god”. They only way that a wake up call can be sent to his foolish supporters is the onslaught of PH in Penang.

When I say DAP People I mean their politicians and supporters. They are the most annoying, hypocrite and pretentious people you would find on earth. They way they speak is like they are some noble human from high order sent to save mankind. They love thumping their chest to claim that they are the people of truth, moral and integrity. But in reality they are just one foul mouth pretentious hypocrite who use hate, lies and misinformation to poison the mind of their supporters in order to win vote. People like Hannah Yeoh and Tony Pua are the typical examples of the fake people DAP produces. One make a video thumping her chest condemning 1MDB, but refused to attend the briefing session by Arul about 1MDB when she was invited, the other was in PAC to investigate 1MDB, but failed to prove anything and yet he came out in public to claim that 1MDB is the mother of all scandals. I really have nausea when I look at their pretentious face. I just hope that the onslaught will teach them a lesson to stop all their holier than thou fakeness.

They are the most dumb and stubborn and yet annoying people you would find on earth. For them Mahathir is everything and anything else does not matter. You simply cannot argue or rationale with them because they are not there for truth. Malay say, “dia punya bodoh tak boleh diajar, dia punya pandai tak boleh belajar”. There is no better punishment for dumb people except to be punish by their own stupidity.

There is enough evidence that Amanah is the creation of DAP and creating Amanah is one of DAP biggest mistake. Amanah would probably get wiped out along with the PH. But most importantly, the disastrous result for Amanah will be a lesson to those who believe Amanah can replace Pas. This will also be a lesson to tell us that DAP do not understand the Malay psyche. This is because DAP is a Chinese party, lead by Chinese and only think Chinese. They don’t understand the fabric of other races but pretend like they are a multi-racial color blind political party. 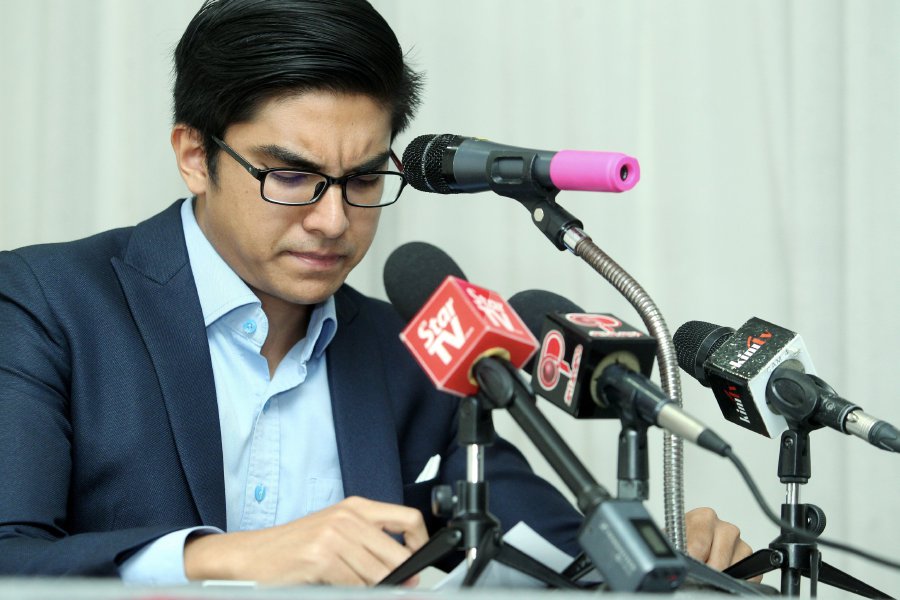 He is one of the most annoying youth in politic. Inexperience, empty vessel but loves to speak with a big mouth. Does he really believe his social network presence and his school boy debate championship gave him the right to write open letters to royalties to tell them the do and don’t? Where ever he is contesting, just bury him and tell him to go back, get a job, get married, have babies before you come to teach adult how to live their life.

10. Rafizi and his Invoke

I spare Rafizi for the last. He is not contesting and going to jail anyway. But my wish is to see his Invoke proven wrong. Time and again have shown us how he blundered, but he kept coming with more blunders, half-baked exposes and shallow analysis. But surprisingly his supporters seem to never have enough of him. He can tell them that Tabung Haji will go bankrupt and his supporters will withdraw money from Tabung Haji in droves. Worse is that Rafizi himself did not withdraw his money from Tabung Haji and enjoyed lucrative dividend declared by Tabung Haji while his believers lose their dividend and their chance to perform haj. But strangely, this is not enough to tell his blind supporters how incompetent and lame this Rafizi is. So Invoke is his last straw. His invoke has been making all sorts of predictions. Having Invoke proven wrong will be the final seal of proof of his incompetency and shallow work, before he is retired for good. We hope this will at least tell the others who have some brain to spare to not to trust this Rafizi again.

Update: This is Invoke prediction published in Malaysiakini on 7 May 2018. Do you want to laugh or cry?

So, these are my 10 wish list for the aftermath of GE14. Lets wait and see how many will eventually materialized.